Updated Web GL to v.31 but the sprite stretch glitch is still there! 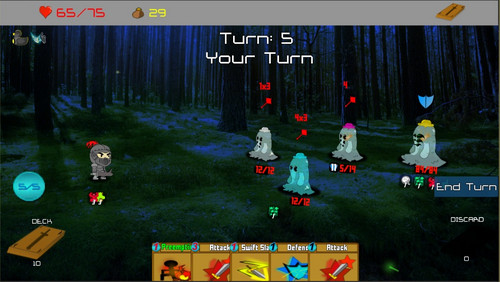 This update again brings the game in line with the stand alone version minus the sprite stretching bug? Haven't been able to find out the cause yet.

- Card Art (its mine and its kind of crummy XD)

- Animation improvements for bandits and the player

- Particle effects for the game play level in the background.

- The ability to go back to main menu without dying! (so basic should've been there ages ago)

- The game will continue if you manage to defeat Obradin!

- The Golem elite fight will be improved.