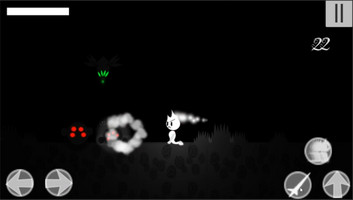 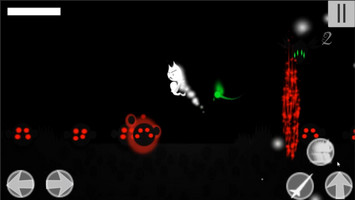 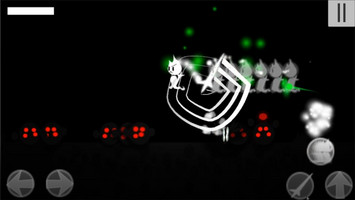 My most recent update to You Are The Light is a new flying enemy! And this is my first post on this game a weird point to start off.

I've always wanted something moving around in the empty space above the player. Better yet something that shoots at them. I'm talking about the green diamond flying thing in the screenshot as you've probably guessed by now :) . They have the same health as the red enemies on the ground which I've called imps so they take about three hits to kill.

They work opposite to how the imps work when hit with the dashing attack getting sent falling to the floor instead, the also posses a homing long range projectile that will follow the player for 5 seconds and deal 5 damage compared to the imp projectiles that do 10 damage the player has 100 health!

They aren't quite right though the Crows in their current implementation I think they need to:

2D hack&slash survive against the darkness!